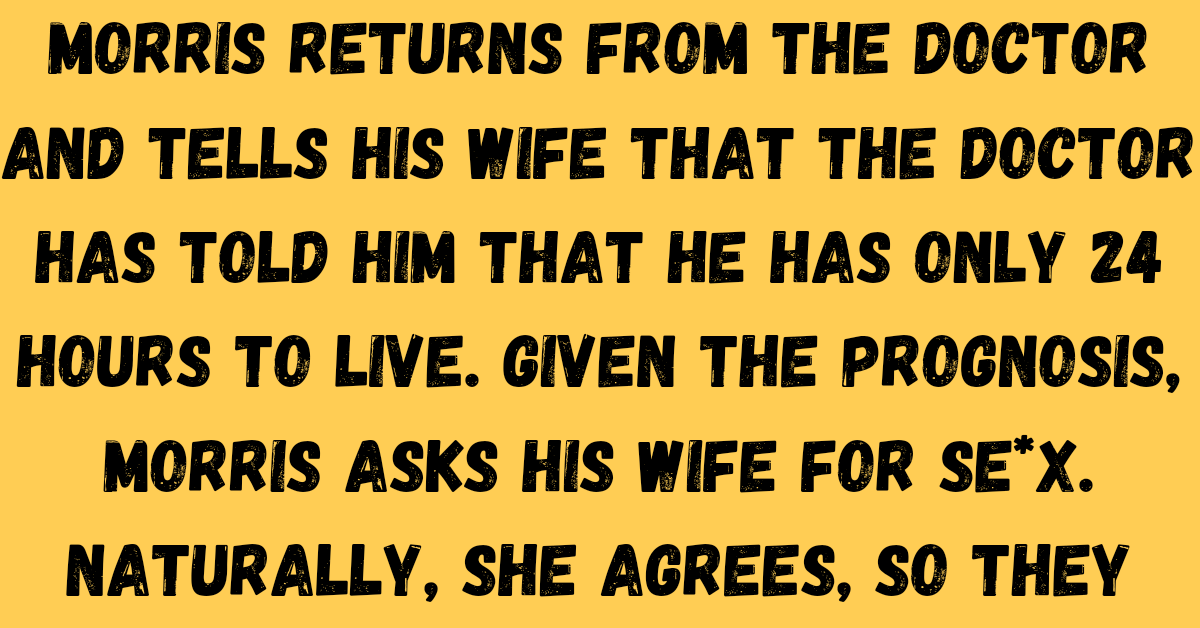 Morris Returns from the doctor and tells his wife that the Doctor has told him that he has only 24 hours to live. Given the prognosis, Morris asks his wife for se*x. Naturally, she agrees, so they make love:

About 6 hours later, the husband goes to his wife and says.

"Honey, you know I now have only 18 hours to live. Could we please do it one more time?" Of course, the wife agrees, and they do it again.

Later, as the man gets into bed, he looks at his watch and realises that he now has only 8 hours left.

He touches his wife's shoulder and asks. "Honey, please, just one more time before I die."

She says. "Of course, Dear.” And they make love for the third time.

After this session, the wife rolls over and falls asleep. Morris, however, worried about his impending death, tosses and turns, until he's down to 4 more hours.

At this point the wife sits up and says. "Listen Morris, enough is enough I have to get up in the morning, you don't.".....