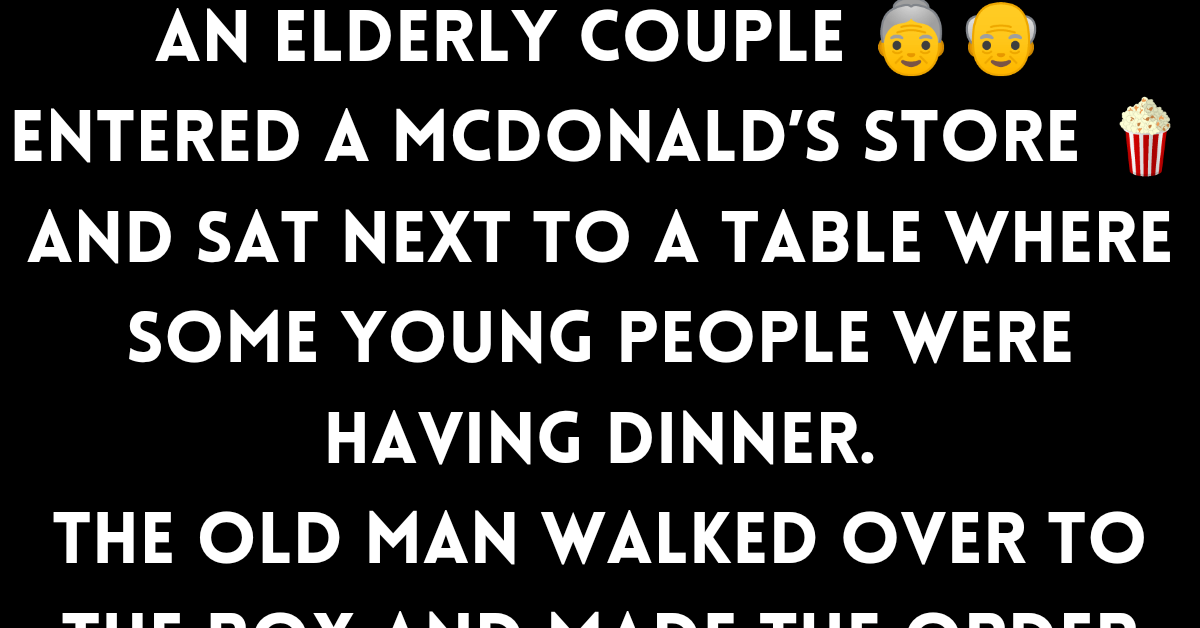 An elderly couple 👵👴 entered a McDonald’s store 🍿 and sat next to a table where some young people were having dinner.

The old man walked over to the box and made the order for him. 🍔🍟🥛

He unwrapped the hamburger 🍔, cut it in half and put one half next to his wife 👵; very carefully, he counted all the fries 🍟 and did the same.

He dipped two straws into the soda 🥛 and put it between himself and his wife.

The old woman began to eat her half hamburger 🍔, people stared at her compassionately.

A young man 👨 approached them and politely offered to buy them another portion of food. 🍔🍟🥛

The old woman 👵 she replied that she did not bother, that they were used to sharing everything.

People realized that the old man 👴 had not eaten, he only watched 👀 as his wife ate, 👵 and from time to time, he drank a little soda. 🥛

This time it was the old man 👴 who explained that no, they were used to sharing everything.

The young man 👨 then asked the old man👴

And what are you waiting for then..