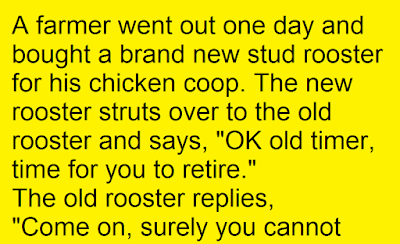 The farmer, meanwhile, is sitting in his usual spot on the front porch when he sees the roosters go running by.

He grabs his shotgun and – BOOM – he blows the young rooster to bits.

The farmer sadly shakes his head and says,